It’s been a long time since I last updated my 14 by 40 goal list.  I’ve got a little over 3 months left until my 40th bday which is when this list “expires”  Here’s the list and what I’ve accomplished (or NOT!) so far!

It feels good to have completed a few items, but man, I have a long way to go, and not a ton of time to do it!

The last few weeks I’ve been a sloth pretty much.  Zero exercise, poor food choices, and lots of soda.  Guess what that means?  I weigh WAY too much.  I know I need to get back on track, but I’ve had troubles with motivation.  Well, i ALWAYS have trouble with motivation, but it’s been especially bad.

If you read my last 14 by 40 update then you may have noticed that I have registered for a 5k in September.  Well, I didn’t just register for it, I’ve also annoyingly harassed fellow high school alumni to run or walk the race too.  The 5k is in my hometown and in the last year or so I’ve noticed that there are quite a few runners among my Facebook friends that are from my high school.  I thought it would be fun to get a big group of us to do the race together.  I’ve had lots of interested parties, not many have registered yet, but there is still plenty of time for that.   What I’m trying to get at, is now I have a goal race that I’d really like to be in better shape for.  Think high school reunion in running clothes.  Yikes!  I’m hoping that will be a motivator to get me eating better, and start tackling the couch to 5k program yet again.

Something else I’m taking part in to help me reach my goals is this awesome Super Summer Challenge that Cassie from back to her roots has created.  I think it’s a great match for me.  I’m not going to explain it in depth, because she already has on her blog, but it’s basically a way to work in all sorts of healthy choices into your summer.  Here’s why I like this challenge.

The official challenge begins June 1st, so if you’re interested there’s still time to download her awesome printables and customize your own list.  You can even sign up for peer accountability on her blog.  Cool right?  If you decide to join in on the fun, let me know so we can check in with one another!

It’s time to revisit my goal list again.   I’ve got just under 6 months left until my 40th bday which is when this list “expires”

I’m pleased that I’ve made some progress on this list since my last update!

Well, it’s been awhile, so I figured it’s time to revisit my 14 by 40 goal list.  I’ve got 9 months left until my 40th bday which is when this list “expires”

I haven’t moved forward much on this since my last update.  I need to revisit this list more often to get a fire lit under my arse.

The weather was CRAPPY today. 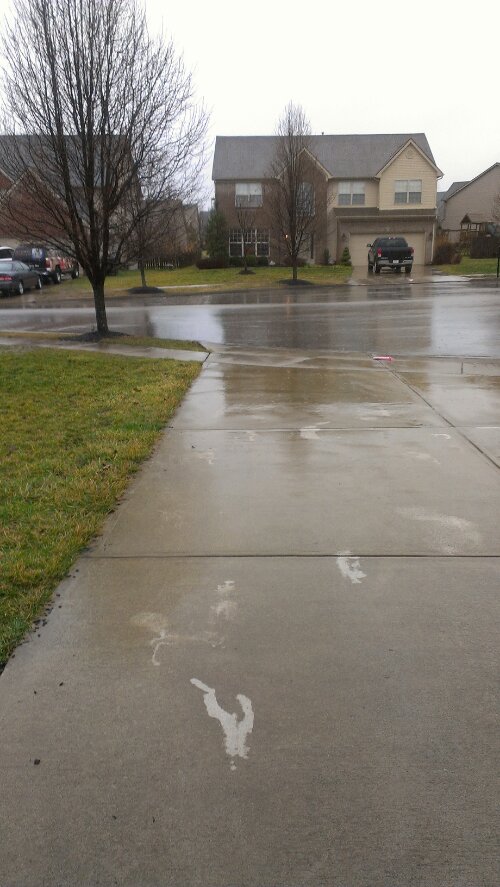 My driveway, it’s wet, and chilly. 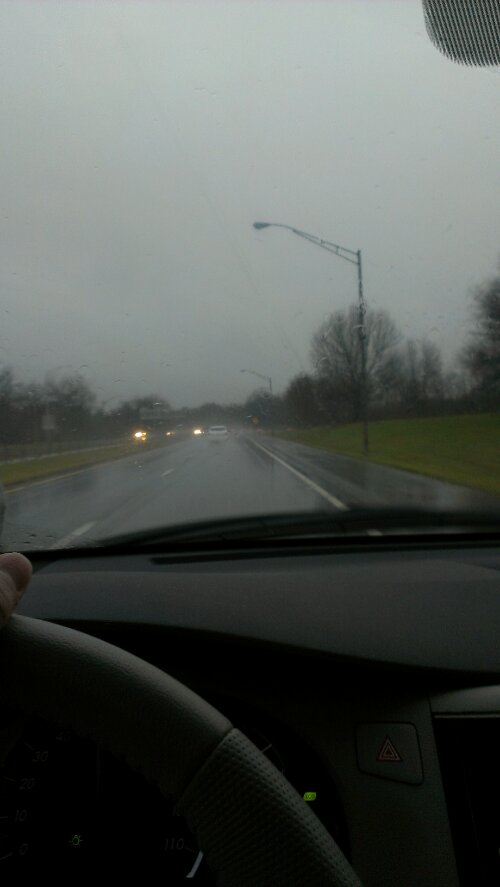 view thru the Windshield on my way to meet up for my run.

It rained almost all day.  It’s been pretty warm the last several days, but it’s rained a TON.  I had two miles on my schedule for yesterday.  I slept in and missed my window of clear weather.  So that meant I HAD to get two miles in today.   I knew that the new Revolution Runners would be running today at 4pm.  The RR is a group of new runners that have just started training for a 5k.  I figured I may as well head out and join them for a very soggy run.  It was in the low 50’s and pouring rain when I headed to the meetup point.

It was very wet and a bit chilly, but the time went FAST.  They were doing a run 60 seconds walk 90 seconds rotation today so I just joined in, but then added a bit extra on then while they were doing their cool down walk.

I have an early meeting on Tuesday so I can’t do a morning run.  I plan on moving it to Monday instead.  Which means I’ll have to head to bed soon so I can get my butt out of bed and on the treadmill tomorrow.

So, that wraps up week two of my training.  I’m happy to say I’ve done EVERY run on my training schedule so far.  Go Me!

This week I finally have runs on my schedule greater than 2 miles.  I’ve got a “long” run of a whole 3 miles coming up this weekend. 😉

To end up the post here’s a few pics of my daughter rocking some pretty awesome outfits.  She’s a riot. 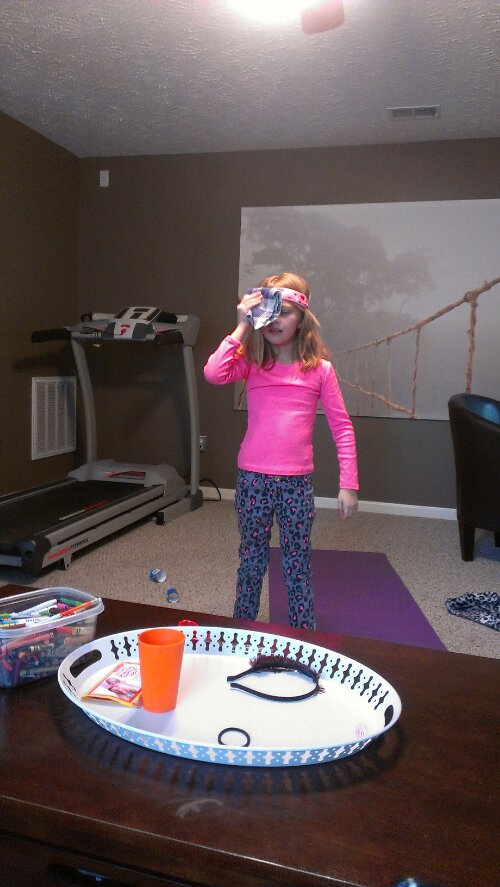 We watched some Crossfit competition on TV, which prompted her to set up her own crossfit circuit in the living room. Here she is with sweatband, towel to wipe said sweat, and cheetah print pants. lol 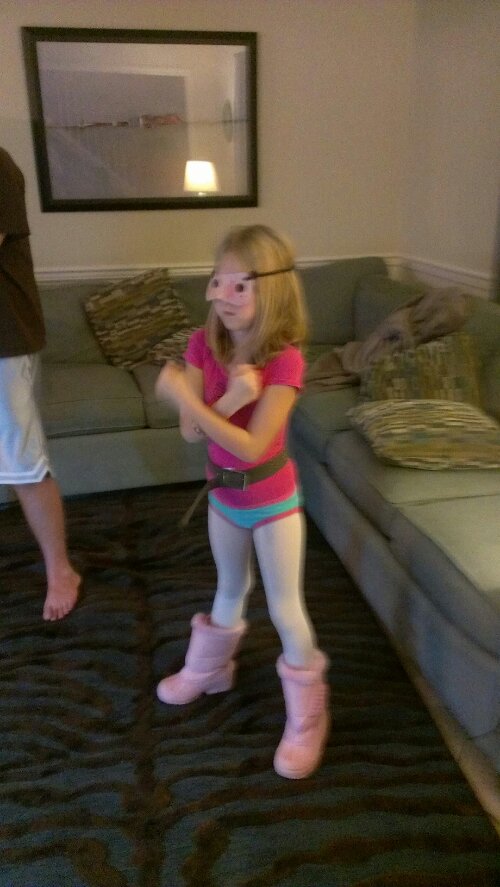 She’s a super hero. And one day will hate me for posting pics of her wearing underwear over a leotard.

It’s been just a little over a month since I turned 39 years old.  Let’s take a look at what progress (if any) I’ve made toward my 14 by 40 goals list.

I have to say, i’m pretty happy with my progress so far.  When I decided to do an update on this I was thinking I hadn’t done anything at all yet, but I’ve actually got a bit of progress on there.

I had decided that I needed a list of things to accomplish by my 40th birthday.  I’ve thought long and hard about it and here’s my list.

I like this list, it’s a nice mix of challenges and just fun stuff.  I hate that i have to make myself a list with a deadline to do some of these fun things, but if that’s what it takes, so be it.